Fifty nine people representing twenty two companies and institutions were present for the InnerSource Commons Fall Summit 2017 in Naperville, IL, USA. Naperville is a western suburb of Chicago, about 45 minutes from the Loop. Attendees enjoyed a great slate of speakers and a solid line-up of presentations and workshops.

His current work is focused on scalable analytic architectures and algorithms for autonomic 5G networks. His research interests are multimedia protocols, security and privacy in multimedia protocols, peer-to-peer networks, distributed programming and open/inner source. Vijay’s research has resulted in products that are used in national and international service provider networks. He has over 60 publications in peer-reviewed conferences and journals, 5 books, 7 granted U.S. patents and 18 Internet Engineering Task Force (IETF) RFCs.

Karl Fogel is an open source software developer, author, and copyright reform activist. In 1999 he wrote “Open Source Development With CVS” (Coriolis OpenPress, online at cvsbook.com), and in 2005 “Producing Open Source Software: How to Run a Successful Free Software Project” (O’Reilly Media, online at producingoss.com), based partly on his experiences in the Subversion project. He has worked at CollabNet, Google, Canonical, O’Reilly Media, and Code for America / Civic Commons, all as an open source specialist. He is now a partner at Open Tech Strategies, LLC, where he helps organizations launch and engage with open source projects. He is also an Open Internet Tools Project Fellow at the New America Foundation, a member of the board of directors of the Open Source Initiative, a member of the Apache Software Foundation, and serves on the Advisory Board of the Center for the Study of Innovative Freedom. In 2007 he founded Question Copyright and continues to serve as its President and Executive Director. He writes and speaks regularly on open source, copyright reform, and the application of open source principles to areas outside software. His home page is red-bean.com/kfogel, and he is @kfogel on Identi.ca and Twitter.

Who are the Speakers?

InnerSource takes the lessons learned from developing open source software and applies them to the way companies develop software internally. As developers have become accustomed to working on world class open source software, there is a strong desire to bring those practices back inside the firewall and apply them to software that companies may be reluctant to release. For companies building mostly closed source software, InnerSource can be a great tool to help break down silos, encourage internal collaboration, accelerate new engineer on-boarding, and identify opportunities to contribute software back to the open source world.

What is the InnerSource Commons?

The InnerSource Commons (InnerSourceCommons.org) aka ISC is a consortium of representatives from over sixty companies and institutions. It utilizes open source methods to provide organizations pursuing inner sourcing a forum for discussing and improving the practice of InnerSource through the sharing of experiences (under the Chatham House Rule), creation and review of InnerSource patterns, and the open exchange of ideas.

The InnerSource Common Summits welcomes software professionals at all levels, from executive level manager to software developer. The program targets software development managers and executive managers in particular because adopting InnerSource requires significant efforts to make changes in the organization—whether these are implemented top-down or bottom-up. If you or your organization is adopting, or considering adopting, InnerSource, then attending the InnerSource Summit is the best thing you can do.

What will I get from this event?

The three key reasons to attend the InnerSource Common Summits are:

This Summit is hosted by Nokia at their facility at 1960 W. Lucent Lane, Naperville, IL 60563-1594. The venue spaces there reserved for the Fall Summit include a flexible, large auditorium, four break-out rooms and an on-site cafeteria. 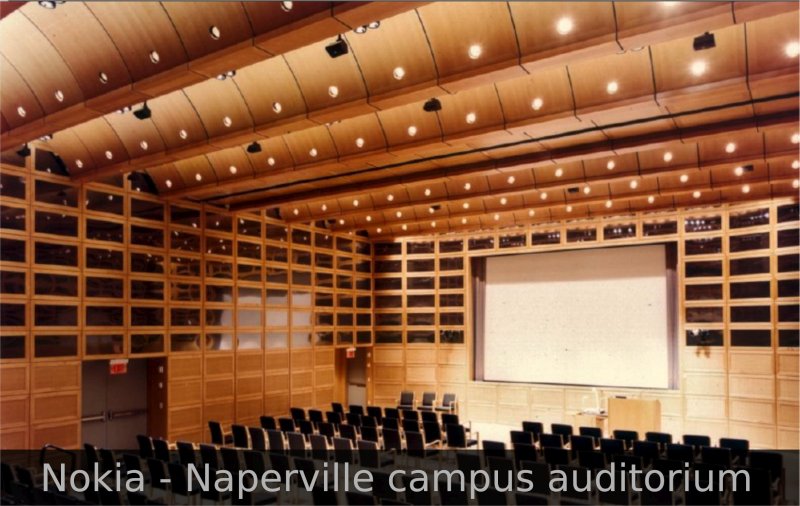 How do I register?

The registration fee of $27.37 (minus the processing cost of $2.37) is to be donated to the Apache Software Foundation in honor of the research and guidance they have provided on how healthy software projects work.

If you have any questions on registration please let us know!

TBA. Send an email to Klaas-Jan.Stol at lero dot ie if you have suggestions on the survey or would like to help.

Note that all presentations given at the Fall Summit, unless otherwise designated by the presenter, will be covered by the Chatham House Rule.

Because Naperville is in the western suburbs of Chicago (about 45 minutes by car from the Loop in downtown Chicago), most travelers to Naperville fly into O’Hare International Airport or Midway Airport.

5. Hotel Indigo by Riverwalk **** (Naperville Downtown – Location wise this is the best one)**

The city of Naperville is a suburb of Chicago, located about forty minutes west of the Chicago downtown and about forty minutes away from the O’Hare International Airport. It was ranked among the nation’s safest cities by USAToday and Business Insider. Naperville was voted the second-best place to live in the United States by Money magazine in 2006. It was rated 1st on the list of best cities for early retirement in 2013 by Kiplinger. As of the 2010 census, the city had a population of 141,853, which was estimated to have increased to 147,100 by July 2015. It is the fifth-largest city in Illinois.

Only a 40 minute drive to the east, Chicago has many worthwhile attractions for those who are looking for something to do outside of the Fall Summit.

There are many good restaurants in the Naperville area. See this list of restaurants.

All participants, vendors, and guests at InnerSource Commons events are required to abide by the code of conduct.

InnerSource Commons meetings run under the Chatham House Rule: information discussed at a meeting can be shared but not attributed.

Send your questions via slack DM to @thyao or @padmas.