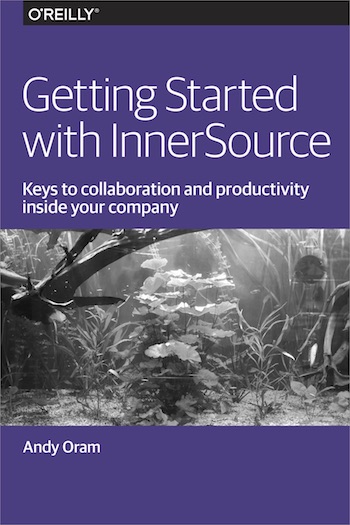 Welcome to InnerSource, the powerful movement for developing open source software within the walls of a single organization, where the “openness” of a project extends across teams inside the company. In this report, O’Reilly editor and author Andy Oram takes you inside InnerSource, first by reviewing the principles that make open source development successful, and then by describing how InnerSource has worked at PayPal, the leading Internet commerce facilitator.

PayPal’s path to InnerSource involved a series of large-scale corporate decisions that included a conscious shift in tools and corporate culture. Through InnerSource, the company not only achieved faster development and better quality, but also created an environment of cross-team cooperation that encouraged programmers to contribute to any of PayPal’s development projects.

You’ll learn specific advantages of the InnerSource strategy, including:

This open book is licensed under a Creative Commons License (CC BY). You can download Getting Started with InnerSource ebook for free in PDF format (3.3 MB).

Andy Oram is an editor at O’Reilly Media. An employee of the company since 1992, Andy currently specializes in open source technologies and software engineering. His work for O’Reilly includes the first books ever released by a US publisher on Linux, the 2001 title Peer-to-Peer, and the 2007 bestseller Beautiful Code.